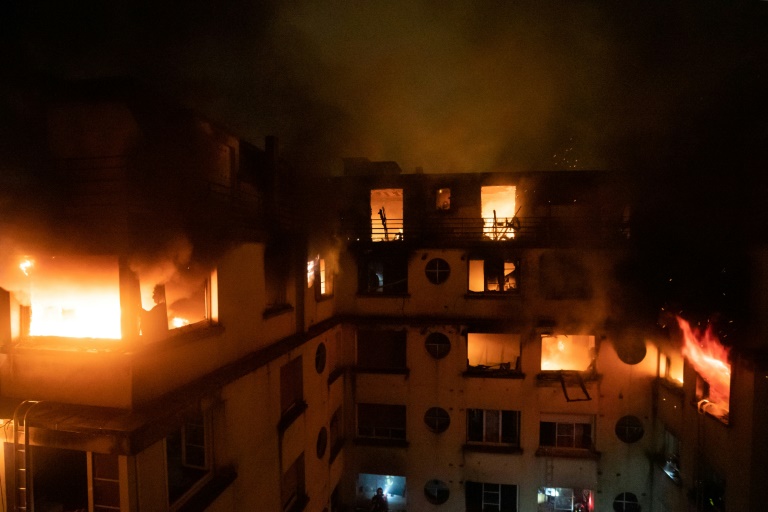 A woman with a history of psychiatric problems has been charged with starting a fire in a Paris apartment building in which ten people died, French prosecutors said.

The Paris prosecutor said the suspect, who has been held in a police psychiatric facility since her arrest, was charged on Friday with arson “resulting in death”.

Tuesday’s fire on the upper floors of a building in the upscale 16th Paris district was the deadliest in the capital since 2005.

Thirty people were also hurt in the blaze, which ravaged much of the back of the building.

The suspect in her 40s, who lived in the building, had been treated a dozen times in psychiatric facilities in Paris over the past decade.

Just six days before the deadly blaze she was allowed out of a clinic after a doctor declared her fit to leave following a 12-day stay, prosecutor Remy Heitz told a press conference earlier this week.

Dramatic footage of the night-time fire showed flames shooting out of windows and firemen climbing narrow ladders to rescue terrified residents, some dressed only in pyjamas, from the top of the eight-storey block.

The suspect had repeated run-ins with a neighbor, who is a fireman, and was again involved in a dispute with him just before the fire broke out, police said.

She was “intoxicated when detained and attempting to set fire to a car”, police said.

The woman had already been in trouble with police, including once for causing damage by fire, but she was never convicted.