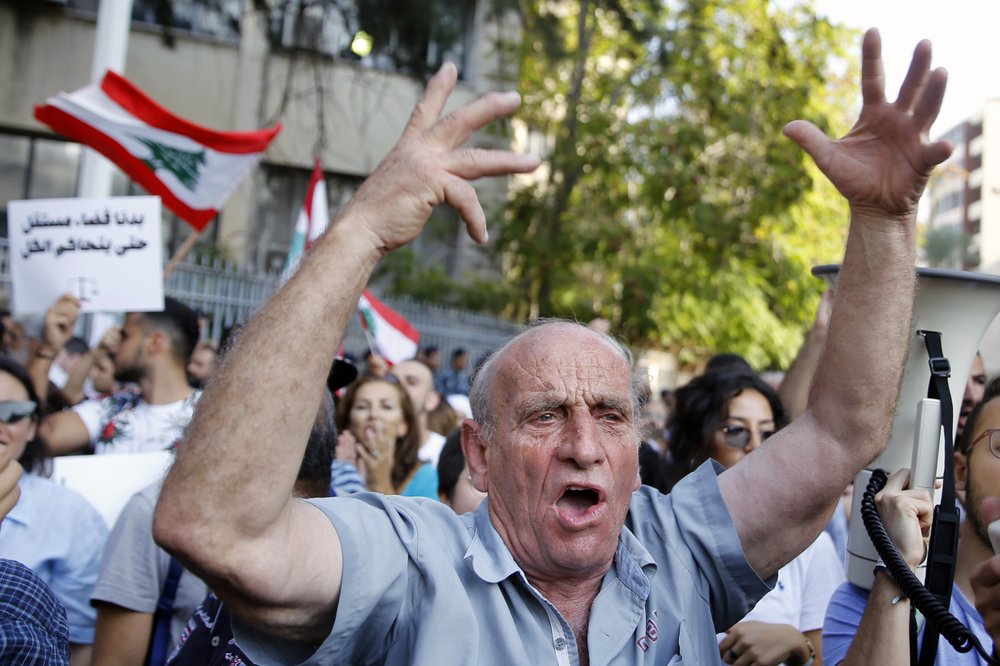 BEIRUT (AP) — The World Bank called on Lebanese authorities Wednesday to urgently form a new government that can address the country’s worsening economic situation, warning that Lebanon “does not have the luxury of time to waste.”

The stark warning came in a statement issued after a meeting between the World Bank’s regional director and President Michel Aoun amid ongoing mass protests and a severe economic and financial crisis.

Prime Minister Saad Hariri resigned his government on Oct. 29 in response to the unprecedented protests which have swept Lebanon starting in the middle of last month. The protesters erupted over proposed new taxes and have snowballed into calls for the government to resign and for the entire political elite that has ruled Lebanon since the end of its 1975-90 civil war to step aside.

The protests have paralyzed the country and kept banks shuttered for two weeks. Lebanon, one of the most heavily indebted countries in the world, already was dealing with a severe fiscal crisis before the protests began, one rooted in years of heavy borrowing and expensive patronage networks run by entrenched political parties.

The protesters are calling for the formation of a technocrat government that would get to work immediately on addressing Lebanon’s economic crisis. They accuse officials of dragging their feet on that.

Following his meeting with Aoun, World Bank Regional Director Saroj Kumar Jha said he urged swift measures to ensure Lebanon’s economic and financial stability. “The politics has most attention, but economy has the most risks,” he said.

“With every passing day, the situation is becoming more acute and this would make recovery extremely challenging,” he added. “Lebanon does not have the luxury of time to waste to redress issues that need immediate attention.”

On Wednesday, protesters rallied outside state institutions and ministries to keep up the pressure on officials to form a new government. Dozens of people gathered outside the justice, education and other ministries as well as the state-run electricity company and the tax department.

In their third week, protesters have adopted a new tactic of surrounding state institutions to disrupt their work.

The protesters agreed on Tuesday to shift the focus of the protests and open main roads to ease up traffic and allow people to get back to work.

Photo: An anti-government protester chants slogans during ongoing protests against the Lebanese government, in front of the Justice Palace in Beirut, Lebanon, Wednesday, Nov. 6, 2019. Protesters are demonstrating outside state institutions in an effort to keep up the pressure on top leaders to form a new government after the current one resigned. (AP Photo/Bilal Hussein)

Thousands protest in Lebanon after rally to support president

Lebanese flock to presidential palace in rally to support Aoun