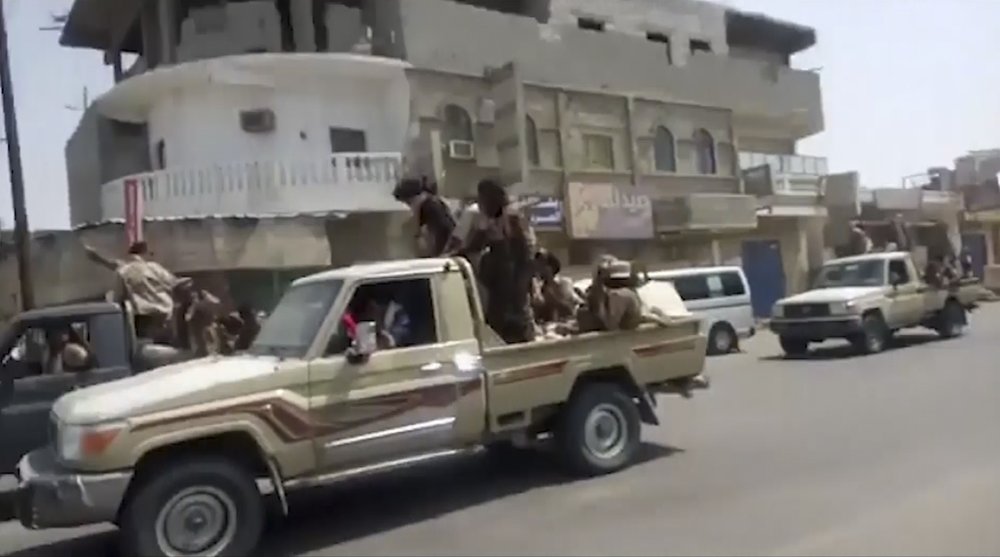 It was not immediately clear who was behind the airstrikes but the government side blamed the UAE, which has armed and trained separatist militias in southern Yemen.

Infighting has raged for weeks between Yemeni government forces and the separatists, even though the two are allies in a Saudi-led coalition that has been fighting Yemen’s Houthi rebels who control the capital, Sanaa, and most of the country’s north since 2015. The UAE is also part of that coalition.

The fighting between forces loyal to the internationally recognized government and the separatists has added another layer to the complex civil war in the Arab world’s most impoverished country.

Col. Mohamed al-Oban, a commander of the special forces in Abyan province, said the troops were on the road, headed from Abyan toward Aden on Thursday, when the strikes took place. He didn’t say who carried them out, saying only the planes were from the Saudi-led coalition. The UAE also maintains warplanes as part of the coalition in Yemen.

“We hold the UAE fully responsible for this explicit extra-judicial targeting” of the government forces, the statement said, adding that the airstrikes also left several civilians dead but without providing a specific death toll.

The government statement also urged the UN Security Council to condemn the airstrikes.

The attack came a day after government forces pushed into Aden to try and retake the city from UAE-backed separatists.

Earlier on Wednesday, government troops wrested back control of Zinjibar, the capital of neighboring Abyan province, from the separatists and headed toward Aden.

Information Minister Moammar al-Iryani said Wednesday that government forces also reclaimed Aden’s airport, the main hub for the country’s south, but the separatists denied that. According to officials speaking on condition of anonymity to discuss the matter with reporters, forces loyal to the Saudi-backed Yemeni President Mansour Abed Rabbo Hadi gained some ground at the Aden airport complex before the separatists forced them to retreat.

Videos showing separatist militia in control of the airport were posted on social media on Thursday by the Southern Transitional Council, the separatists’ commanding body.

The push by the government forces into Aden underscored the seesaw nature of the fighting. Only weeks before, the separatists had gained much territory in southern Yemen, pushing government forces out of strategic cities and areas.

Though a coalition partner in the war against the Houthis, the UAE never threw its support fully behind President Hadi, allegedly over his ties to Yemen’s Muslim Brotherhood, choosing instead to train and support the separatist militias.

Yemen was split into two countries, the North and South Yemen, during much of the Cold War before unifying in 1990 but a separatist movement has continued in the south. The Brotherhood is a pan-Arab Islamist movement that has been designated as a terrorist group by several Arab governments, including the UAE.

By AHMED AL-HAJ and MAGGIE MICHAEL

Photo: In this frame grab from video provided by Yemen Today, Yemeni army vehicles enter Zinjibar, Yemen, Wednesday, Aug. 28, 2019. Yemeni officials and local residents say forces loyal to the country’s internationally recognized government have wrested control of the capital of southern Abyan province from separatists backed by the United Arab Emirates. They say government forces on Wednesday pushed the UAE-backed militia, known as the Security Belt, out of Zinjibar after clasher that left at least one dead and 30 wounded fighters. (Yemen Today via AP)