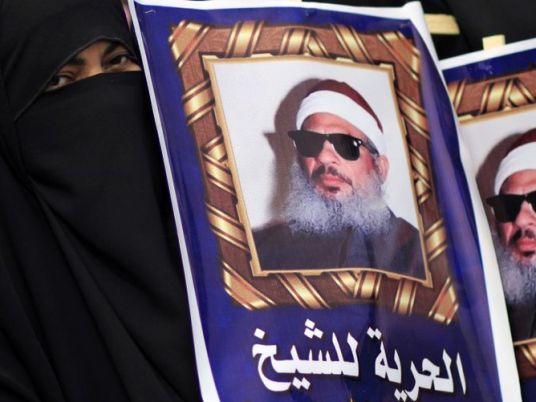 The leader of al-Qaeda's Yemeni wing has said the United States refused to exchange jailed Muslim cleric Sheikh Omar Abdel-Rahman for a US journalist who died in a failed rescue attempt in 2014, according to a recording posted on its media channel.

Abdel-Rahman, also known as "the Blind Sheikh", died in a North Carolina jail last month while serving a life sentence for conspiracy in the 1993 World Trade Center bombing in New York.

"The mujahideen sought to rescue the blind and crippled sheikh more than once, but the Americans did not heed demands for the release of this revered scholar," Qassim al-Reymi, who became leader of Al-Qaeda in the Arabian Peninsula (AQAP) in 2015 after his predecessor was killed in a US bombing, said.

"In the Arabian Peninsula, the mujahideen kidnapped an American and their only demand was the release of the crippled and blind sheikh and the afflicted sister and Pakistani neurosurgeon … Aafia Siddiqui," he added, referring to American journalist Luke Somers.

"America refused vehemently to exchange prisoners, and even sacrificed their citizen so as not to release them," Reymi said.

Reuters was unable to verify the authenticity of the recording. There was no immediate comment from US officials.

John Kerry, then US secretary of state, and Yemeni officials said at the time that Somers, 33, along with South African teacher Pierre Korkie, 56, were shot by their kidnappers shortly after the raid began in the Wadi Abadan district of Shabwa, a province long seen as one of al-Qaeda's most formidable strongholds.

Siddiqui is serving 86 years in a prison medical center in Texas. She was convicted in 2010 of attempting to shoot and kill a group of FBI agents, US soldiers and interpreters who were about to interrogate her in Afghanistan for alleged links to al Qaeda.

Movements across the Islamist spectrum from the Muslim Brotherhood to al Qaeda have issued statements mourning Abdel-Rahman, who was buried in Egypt last month.

The United States, which sees AQAP as one of the deadliest branches of the network founded by Osama bin Laden, has carried out several attacks against the group in Yemen.